Mysterious and powerful, cats have long been the subject of adoration. They symbolize independence and mystery in the Western world. They’re sometimes associated with magic and witchcraft, but most people know them as playful but cynical pets that purr when they’re happy.

A cat’s voice is one of its most fascinating features, partly because it turns a reasonably homely animal into an almost musical one. But why do cats make this sound?

First, it’s important to note that there are different types of meows for different purposes.

While there isn’t a way of recording exactly how many different sounds domestic cats can make, experts believe they can produce more than 20 distinct vocalizations.

Cats only meow at people in certain situations. Research has identified different “catcalls” ranging from growls to yowls to chirps.

There are several reasons why cats meow, and some of them are more obvious than others.

1. They’re hurting or in poor health.

Many cat owners already know this, but it might be a sign of distress or illness if your cat is meowing a lot. Of course, like people, cats usually display this type of behavior when something is physically wrong with them.

For example, meowing can result from excessive thirst that is caused by diabetes or chronic kidney disease.

If you’re worried about the health of your cat, it’s always best to take them to the vet for a checkup.

This is one case where more vocalization doesn’t necessarily indicate something is wrong.

Cats need a lot of attention, and if they feel like you’re not giving them enough time or affection, they might meow to draw your focus towards them.

Cats also have a natural, instinctual desire for playing that will manifest as meowing from time to time.

Whether it’s because their bowl is empty or they think you might have more food somewhere else, this is another common reason for meowing in cats.

You can tell when your cat wants more food because they’ll come up to you and rub around your legs while meowing. But don’t get carried away with overfeeding your cat; learn how much you should feed your cat here.

4. They want to be stroked.

This one seems pretty obvious, but it’s important to remember!

Some cats are naturally shy or have been poorly socialized at some point in their lives. Depending on the individual cat, they might communicate their desire for physical affection (petting) by meowing.

If you know that your cat might be feeling stressed, don’t try to force them to interact with you until they’re ready. It’ll come in time.

5. They’re communicating with other cats.

It’s not always about humans! As social animals, domestic cats are used to living in groups. And while adult cats don’t typically meow to other cats, it’s common for kittens to meow to tell their mother that they’re cold, hungry, or otherwise in distress.

Also, cats vocalize at their kittens differently than they do with adult humans. For one thing, the mews are higher-pitched and more frequent. That’s because your cat is trying to get their kitten’s attention without frightening them away.

If you find yourself with a kitten that seems to be meowing all the time, make sure that you’re taking care of their needs so that they’re content and healthy.

Domestic cats need the stimulation of their gastrointestinal tract after eating to help their bodies digest food properly. This particularly applies to wet foods since they can be left behind in your pet’s mouth if not chewed thoroughly enough.

This stimulation usually comes from the cat licking its lips and face after eating, but they could try to get themselves going by meowing. Cats might also meow after eating to express their satisfaction with the meal.

7. They want you to do something.

Cats commonly meow to communicate to their owners that they want something.

Aside from things like food and affection that have already been mentioned, a cat can meow if they want to be let outside or inside the house.

Other times, cats may want something but you just can’t figure out what it is. In this case, try going to places that might be of interest to them and see what their reaction is, or follow them around and see if they lead you to something that is the source of the meowing.

There are many reasons why cats might meow, mainly relating to their intelligence and sensory abilities. As pets become more and more integrated into our lives, we learn that they’re not “just animals”. They’re fascinating creatures who deserve the best care possible.

It’s important to identify the difference between normal vocalization from your cat and when something might be wrong. It can help save the cat’s life during an emergency since early treatment is often necessary. If you suspect that something is wrong with your cat’s health, take them to a veterinarian as soon as possible.

If you think your cat is meowing too much, try to see what might be making them anxious or uncomfortable. With a bit of patience and love, it won’t be long before you can communicate with each other like old friends!

Thanks for reading this article. Do you want to know why your cat is meowing? Feel free to tell us your situation in the comments below. 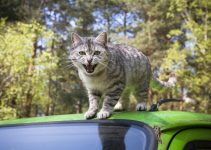 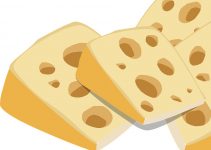 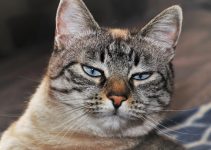