Many people prefer to adopt small dogs because they are perceived as “cute”. While this is usually the case, small dogs can be vicious in some situations, and many small dog breeds are incessant barkers.

There’s nothing more annoying than a yappy small dog. Fortunately, many small dog breeds typically bark very little or not at all, and in this article, we’ll talk about many of them.

This dog breed may be small, but its powerful, fast legs can reach speeds up to 37 miles per hour, making it difficult to keep up with.

However, the Italian Greyhound is a very quiet dog and tends to bark only when necessary.

The Maltese is one of the most popular toy dog breeds in America. This breed is known for being affectionate, gentle, and very intelligent.

Generally speaking, the Maltese doesn’t bark much, making it perfect if you want a companion that keeps quiet when guests arrive or when they are out on walks. Having said that, they can bark when there is reason to.

The Toy Poodle is the smallest of the three sizes of Poodle and was originally bred to be a circus performer. It is an intelligent breed with an excellent memory and makes for an attentive, loyal companion.

Its size makes it ideal for apartment living in particular, but its quietness also contributes to it being a great choice if you are looking for a dog that doesn’t bark much at all.

The Shih Tzu is an Asian toy dog breed, popular due to its calm nature and low-maintenance coat.

This breed of dog is very affectionate and loves to spend time with its owner. Many people think they are major barkers, but in fact, they bark less than most other dog breeds.

The Cavalier King Charles is a lively dog that can be very playful, which means it needs plenty of exercise to keep it busy when its owners are away.

This breed of dog barks infrequently and is known to be docile. But when it does, it tends to be quite loud which seems counterintuitive given its small size.

The Pug is a dog with a wrinkly face, which some would say gives it character and makes it stand out from other breeds!

Pugs likes to be around people and aren’t fans of being left alone for too long, so they are prone to separation anxiety. They rarely bark, and when they do, it’s not very loud.

The Pomeranian is one of the most popular toy breeds for similar reasons as the Shih Tzu; it has an endearing personality and low-maintenance coat.

Pomeranians are known for their intelligence and tendency not to bark unnecessarily, making them ideal if you need a small breed that doesn’t bark much.

This burrowing breed of dog makes an excellent house pet due to its quiet nature, especially if you live in an apartment or somewhere close to other houses.

Dachshunds are intelligent and known for being stubborn, so they’re ideal if you’re not too keen on barking.

The Yorkshire Terrier is a loving breed that gets along well with other pets, including cats.

“Yorkies” come from the same family as the Maltese, which means it has similar traits to this popular toy dog breed — namely its quietness when it comes to barking at potential intruders or when left alone during the day.

This Mexican toy dog, which has been named “The National Dog of Mexico”, has recently gained popularity in America.

The Chihuahua is a tiny little thing that won’t bark much at all as long as it doesn’t have a good reason to.

The Teacup Pomeranian is one of the world’s smallest breeds of dog that has now become quite popular in various parts of the world.

This breed is generally playful, social, obedient, and great for the family. Their bark is loud but they can be easily trained not to bark. Under the right circumstances, they will hardly bark at all.

The Teacup Yorkie is an even smaller version of the Yorkshire Terrier and can sometimes be small enough to fit inside a teacup, hence the name.

Teacup Yorkies were originally bred for work which is why they have a surprisingly solid build. Like regular Yorkies, they can be very quiet given the right training and environment.

The Miniature Schnauzer is a lively and intelligent dog that needs daily exercise to keep it from getting bored.

Some individuals bark quite frequently, but many others don’t bark much at all. In any event, they will be quick to let you know when there is an intruder in the house.

This happy little lapdog makes a great companion for those who wish to not have a noisy dog.

The English Toy Spaniel is often times very quiet and will typically only bark when it needs or wants something such as going out for a walk or getting fed.

The Bichon Frise is a friendly and playful dog that can get bored quite easily. This is why you will need to keep it engaged throughout the day.

Because this breed is not a guard dog, it doesn’t have a strong propensity to bark, and on top of that, it can be trained to be quieter.

You may be surprised by many of the dog breeds listed above. It’s important to note that many of them can actually bark a lot depending on the situation and the personality of the individual.

In many cases, whether or not a dog “barks a lot” is a matter of opinion. But on the whole, the breeds listed can be considered quiet. At the end of the day, every breed of dog can bark to some degree.

So, there you have it: top small dog breeds that don’t bark very much. If you are looking to adopt a new dog that doesn’t bark a lot, seriously consider choosing a breed from this list. Your neighbours will thank you for it! Our top personal recommendations are the Italian Greyhound, pug, and Cavalier King Charles Spaniel.

Thanks for reading. Which quiet small dog breed are you particularly interested in? Share your thoughts in the comments below. 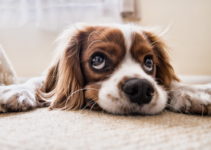 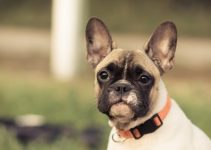 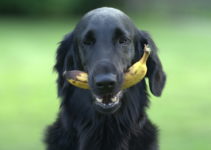