When a dog has an allergic reaction, antihistamine drugs can be extremely helpful. These drugs are sometimes given to dogs with food allergies, bee stings/ant bites, and other conditions that cause a histamine response.

The most common antihistamine drug is diphenhydramine, which is sold under the trade name Benadryl. It is sold in many different forms.

In this article, let’s briefly explore how to administer Benadryl to a dog, its purposes and its side effects.

How Much Benadryl Can You Give Your Dog?

There is no hard and fast rule about how much Benadryl to give since the amount needed depends on several factors, namely the weight of the dog.

According to the Merck Veterinary Manual, the general dosage is 1 mg per pound of body weight, two to three times a day. This means that a 50-pound dog could take as much as 150 mg per day, and a 100-pound dog as much as 300 mg per day.

However, veterinarians say that a dog can take up to 1.8 mg of Benadryl per pound of body weight. This means that a 100-pound dog could conceivably take as much as 180 mg every eight hours or 540 mg in a day, although this amount should only be given in very serious situations.

The following will help you determine how much your dog might need in various circumstances:

For mild reactions and itchy skin due to allergies, antihistamines such as Benadryl are often given every eight hours.

For the average 50-pound dog, you should use about 25 mg for this type of reaction. It is not usually necessary to give more than 50 mg at one time.

For more serious reactions, how much Benadryl you can give your dog depends on its weight and how it responds to it.

A veterinarian might recommend giving anywhere between 100 mg and 250 mg of the drug every eight hours. However, it might be possible to give as much as 500 mg at one time, which should be reserved for very serious reactions such as those caused by bee stings.

For dogs with motion sickness, how much Benadryl to give again depends on its weight.

If your senior pet is up in the higher weights in the 50-pound range or higher, you can usually give about 12.5 mg for every 15 pounds of body weight.

Is it safe to give a dog Benadryl?

Because Benadryl can cause drowsiness or sleepiness in some dogs, it’s important not to leave your dog unattended while they’re taking it.

At the same time, because Benadryl tends to cause a sedative effect, it can temporarily relieve anxiety, although it’s not recommended to use Benadryl in this way because the drug doesn’t help anxiety in dogs the way it does with humans.

If your dog is sensitive to Benadryl or suffers from other medical conditions, you should speak with a veterinarian before giving them this medication.

What are the side effects of Benadryl?

If a dog is not given an excessive amount of Benadryl, side effects are usually mild. They include reduced appetite, excitement, drooling, rapid breathing and a rapid heart rate.

Benadryl poisoning resulting from an overdose, on the other hand, can produce more serious side effects including:

People who give their dogs Benadryl have reported seeing increased urination and excessive drooling in some cases. There’s also a slight chance that your dog may experience an upset stomach.

Call your veterinarian immediately if you suspect that your dog has received an overdose of Benadryl.

By far the most important factor when considering how much Benadryl to give your dog is its weight. The more your dog weighs, the more Benadryl it can handle without getting into an overdose situation. 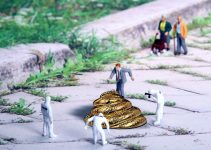 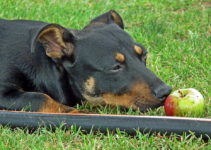 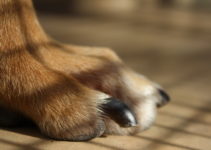