Pet hamsters can be a novelty, but hamsters are also living creatures that need to be taken care for their whole life.

Knowing how long any pet or animal can live on average will help you make sure that you are choosing the right companion for you, since having an animal living with you is a responsibility that takes work, money and patience.

Making sure that you can take proper care of a hamster before adopting one is a must, as it will ensure that your hamster lives a longer and happier life. Hamsters need adequate nutrition, water, toys and enrichment, as well as a big cage with enough space to dig and run.

Some Background On Hamsters

Hamsters are rodents, classified as such for their pairs of continuously growing incisors. The life expectancy of rodents can range from just 12 months in the case of the black rat to up to 28 years for the naked mole-rat.

Hamsters also belong to the subfamily Cricetinae. There are around 20 different species of hamsters, of which only 5 are kept as pets. Some non-domestic hamsters do live longer than domestics breeds, such as the European hamster, which can live eight years.

Hamsters are more active during crepuscular hours, burrowing themselves during the day to avoid predators. They eat fruit, seeds and vegetation that they sometimes store in their cheek pouches to carry back to their homes.

Hamsters are vulnerable in the wild, so they reach sexual maturity early. Females reach it at around 6 to 8 weeks, while males do it a little later at around 8 to 9 weeks. Each pregnancy produces around 4 to 12 pups.

Hamsters are also prone to diseases that can cut down their lifespan, such as wet tail, respiratory infections, parasites, lumps, and even tumors.

Most hamsters are territorial and should be kept alone to avoid conflict. Conflict can result in fights and potentially serious injuries.

How Long Do Hamsters Live?

Hamsters, like most rodents, have a short life span of only a couple of years. However, domestic hamsters, when well taken care of in captivity (having a good diet and proper surroundings, enrichment and care) tend to live longer than their wild counterparts, which are exposed to predators and limited resources.

The average lifespan of domestic hamster species ranges between 1 and 4 years, but every breed has a different life expectancy.

Only 5 species of hamsters are kept as pets, mainly because they are more likely to enjoy interacting with humans and less likely to be aggressive towards them.

Let’s highlight the differences in life expectancy between different species:

Also known as the golden hamster, these are the most popular hamsters kept as pets, mainly because of their personalities and friendly attitude. They are nocturnal and territorial.

They live an average of 2 to 4 years and the oldest one documented lived to 6.5 years. Male Syrian hamsters tend to live longer than females, but this is not a common occurrence in mammals.

The Chinese hamster is the next most popular species, mainly because they can be very affectionate to their owners. They normally live 2 to 3 years.

Also known as the Siberian, Djungarian, or winter white dwarf hamster, this species live on average from 18 months up to 2 years. They are known for having a grey or brown coat that turns white during winter.

These hamsters are not as sociable as the rest and prefer to not interact much with humans. They normally live 3 to 3.5 years.

These hamsters can be kept with other Campbell’s dwarf hamsters from the same litter (of the same sex) but should be checked often to ensure they are not fighting. They normally live 1.5 to 3 years.

When a hamster is less active, less interested in treats, food and toys, or you notice that it is losing hair or vision, it probably means that it is coming closer to the end of its life cycle.

To ensure that your hamster is taken care of, you should first consider visiting a vet to make sure there is no other underlying issue. If there is no illness, it probably means your hamster is growing old; in that case, make sure its food, water and toys are closer to where it sleeps, and try to make its life quiet and peaceful.

You can also add water to its food so that it’s softer and easier to eat.

Whether we’re talking about the friendly Syrian hamster or the Russian dwarf hamster, you should consider that average lifespan is a general estimate.

The actual lifespan of your hamster will depend on other factors besides the species, such as genetics and environment. A better quality of life can improve the chances of your furry friend a living a longer life with you. 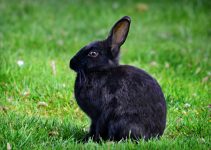 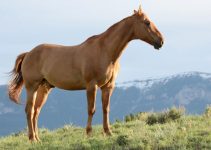 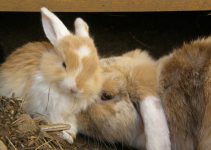